Ghana’s COCOBOD raises prospects for African markets, and cracks down on illegal mining 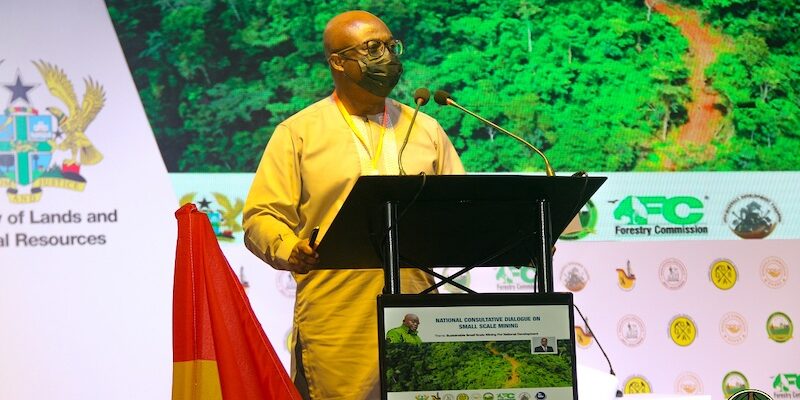 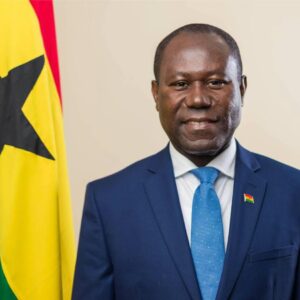 The chief executive of Ghana’s Cocoa Board (COCOBOD) Hon Joseph Boahen Aidoo has called on local cocoa processors and chocolatiers to take advantage of the trade opportunities in Africa, facilitated by the African Continental Free Trade Agreement, (AfCFTA).

As previously reported, the sector has been especially crucial to the country’s economy, with considerable concerns having been expressed by industry observers over the effects of the ongoing coronavirus pandemic on the trade.

However, speaking at an industry forum in Ghana’s capital Accra, Hon Boahen Aidoo informed participants that COCOBOD had seen a huge market potential in AfCFTA and had, therefore, set up a Committee to liaise with the AfCFTA Secretariat and local cocoa processors to promote the consumption of Ghana’s cocoa products in Africa.

He asserted that as the world’s number one producer of premium quality cocoa and the second-largest producer in terms of volume, Ghana is yet to fully benefit from the precious commodity because local value addition is relatively low. He said the committee had been established to serve as a liaison between processors, local chocolatiers and industry stakeholders to take advantage of the consolidated market and reduced tariff regime that the AfCFTA agreement seeks to achieve.

The chief executive said the global market for processed cocoa was huge, adding that AfCFTA had the potential to strengthen and grow intra-Africa trade from the current base of 15% to 52%, if stakeholders are able to rise to the prospects it offers.

Hon Aidoo appealed to cocoa processors and chocolatiers represented at the forum to support the national cocoa consumption promotion agenda by making cocoa products available to every Ghanaian at all levels for consumption while aiming to further diversify into other finished products such as cosmetics and spices.

He further urged the processors and chocolatiers to make recommendations to help drive the cocoa consumption campaign to ensure job creation, increased revenue and ultimately, the realisation of the Government’s Ghana Beyond Aid agenda.

The technical adviser on Multilateral Regional and Bilateral Trade at the Ministry of Trade and Industry, Mr Anthony K. Nyame-Baafi, stressed the need for stakeholders to consolidate and expand existing markets for Ghana’s cocoa products. He said it would be profitable to explore market opportunities in North, East and Southern African countries such as Egypt, Kenya and South Africa.

“There is the need to stimulate increased demand for made in Ghana cocoa products by providing timely and accurate information on market trends for Ghanaian businesses, which the Ministry is dedicated to facilitating,” he added.

Speaking on behalf of the Cocoa Value Addition Artisans Association of Ghana (COVAAG), Mrs Dela Austin, appealed to the Management of COCOBOD to facilitate easy and affordable access to cocoa beans and other cocoa-related raw materials to small scale artisans and manufacturers to feed the local market. She assured industry stakeholders that local chocolatiers would take up market opportunities by adding value to their products, and requested that conducive trade exhibition avenues should be provided regularly to serve as platforms for chocolate artisans to market their products.

Furthermore, in a separate initiative, COCOBOD has supported Ghana’s government in its bid to join Government’s crackdown on reported incidents of illegal mining on cocoa farms.

Consequently, the organisation has proposed an amount of Three Million, Six Hundred and Thirty Thousand Ghana Cedis ( £449,000) compensation to cocoa farmers who have lost their lands to illegal miners.

This move was presented by COCOBOD to stakeholders at the National Consultative Dialogue on Small Scale Mining organised by the Ministry for Lands and Natural Resources in Accra.

Presenting the policy document on COCOBOD’s position on the fight against illegal mining, the deputy chief executive in Charge of Agronomy and Quality Control, Dr Emmanuel Agyemang Dwomoh (pictured main image), disclosed that cocoa generates more than USD2.2 billion annually in foreign earnings to Ghana. He said cocoa is the mainstay of the Ghanaian economy; hence the Board would not renege on its efforts to sustain the cocoa sector by influencing government policies aimed at deterring illegal miners and their collaborators from persisting in their trade.

Dr Dwomoh emphasised that mining has had disastrous effects on our environment resulting in crop loss, reduction in farmers’ incomes, the contamination of water bodies and threats to wildlife. He said an amount of USD200 million had been invested by COCOBOD for farm rehabilitation, irrigation, fertiliser subsidies, public sensitisation and education to facilitate sustainable production.

“COCOBOD is paying GH¢11,892 per acre of each rehabilitated farm and urged Government to safeguard these investments to avoid losing them to illegal mining with its adverse effects on the environment and livelihood of farmers”, he said.